Every time Elevate International puts on an event I know the lineup of speakers is going to be stellar, this two day event is the fifth one I’ve participated in and it did not disappoint. There’s something about Solange that draws people to her and her mission and I’m very grateful for that.

The energy, inspiration, and learning that permeate her events is something to behold.

I’m going to take you through my key takeaways from each session, in hopes that they capture the days. 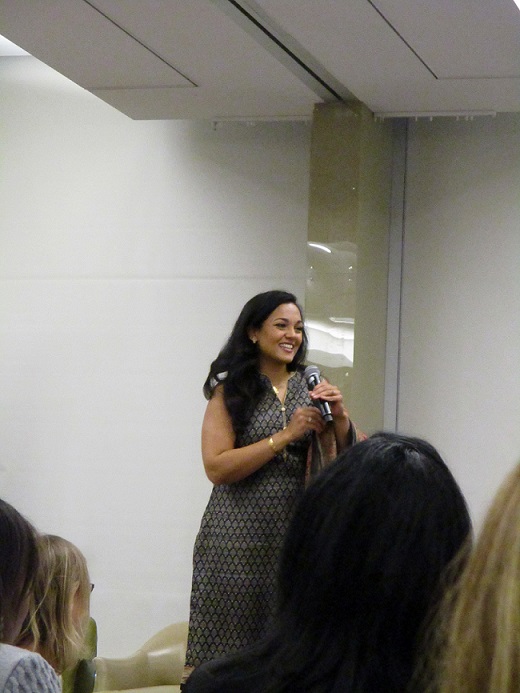 The Keynote speaker was Komal Minhas President and Founder of Kaur Space. I first heard of Komal when I watched her documentary Dream, Girl at a WCT kickoff event. I loved the film (if you haven’t seen it yet, watch it). Ever since I’ve started the blog, I’ve wanted to interview her, I never thought I’d actually get a chance to see her speak, let alone meet her so when I saw that she was on the agenda as the keynote speaker and then sat down at the table I was sitting at, I had to take a minute.

She started her keynote describing her recent trip to her ancestral home in India and asking, what breaks your heart? That’s where you should put your time, energy, and money.

She proceeded to go through her three keys to transform pain to power:

So, what breaks your heart and how can you habitualize your theory of change? To see what it is for me, stay tuned.

Her keynote was one of the absolute highlights of the summit for me, as was getting to meet her, when you hear her speak you know that there’s something special about her and meeting her just confirms it.

Lynn Davies, facilitator at the Boundless Leadership Program at Ottawa U, is a national treasure, the enthusiasm, authenticity, and humour with which she took the stage to talk about the strengths and differences of women in leadership was magic.

The fact that she used Sallie Krawchek’s book OWN IT: The power of women at work, which I have reviewed for the blog, as the basis to talk about the difference between the leadership traits of men and women made me happy to no end.

The talk focused on the first three traits:

I can try to capture the way she speaks and the examples she gave as we were going through the various exercises but I don’t think I would do her justice.

From this panel the main takeaways that stuck with me were:

Leadership workshop #2: Essentials of Leadership Communication – How to engage and network for results 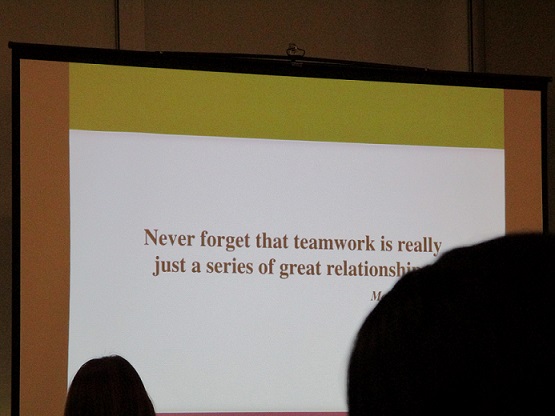 This workshop was led by Michael Hughes, who broke down networking into a social process and was able to explain it in such a way that it lessened the discomfort that can sometimes come with networking. He brought a levity to the awkwardness that often comes with networking and that we confirmed was felt by everyone.

He started by describing three essential principles of Networks:

He defined networking as the intentional process of creating and developing relationships from initial contact to ultimate outcome. The problem is most the time we network by default, rather than design.

The social process of networking can be broken out into 6 distinct Pieces:

The first four are the social piece:

The last two pieces are strategic:

He left off with how the 2 biggest things that you do today, that will make you different tomorrow are:

From this panel the main takeaways that stuck with me were: 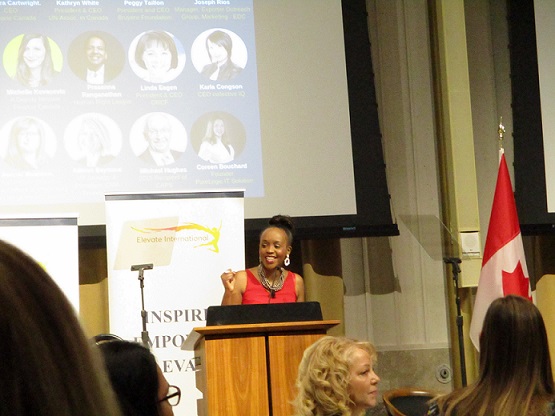 “Leadership action, behaviour & preferences – how to influence and engage for results:

This talk was given by Sophia Leong, Executive Director of the University of Ottawa

Leadership is not about how smart you are but how you make people feel. There are three states of being:

Which is more important? It depends on the person and what drives A.B.P; but, preference is the most powerful because it can override the other two.

You strengthen A.B.P through the four E’s. Excellence takes persistent practice. Strengthening A.B.P begins with self-leadership – you need to change the conversation you have with yourself – feed your brain good food.

Be the culture you want to see; don’t wait for someone else to do it.

The Critical Role of Advancing Women in Leadership:

This talk was given by Barbara Cartwright, CEO of Humane Canada

Barbara made reference to Dan Palotta’s TED Talk “The Way We Think about Charity is Dead Wrong”, after listening to it, I highly recommend it, it touches on a lot of what she spoke on in her talk.

This panel was moderated by Sonya Shorey of Invest Ottawa and included FinanciElle Karla Briones, amongst other fantastic panelists.

My key takeaways from this panel:

In her talk, Linda Eagen the President and CEO of the Ottawa Regional Cancer Foundation talked about how what makes successful change is:

A – A sense of adventure looked at realistically

S-Swagger – confidence in what you are doing

K-Knowledge – what you learn today is what you become tomorrow

To lead change you must A.S.K

And to end that talk – we started a movement literally, all hands waving in the air.

Women and the United Nations:

In her talk Kathryn White, President and CEO of the United Nations Association in Canada talked about how Gender Based Analysis (GBA + ) need to be used in the design of all products and services.

We need to think equal, build smart, innovate for change and give to those who do.

Leadership in the Federal Government (Institutions):

In this panel discussion moderated by Komal Minhas and featuring Rima Aristocrat and Dr. Valerie Gideon, the key takeaways for me were:

The Next Generation of Inclusive Leaders: 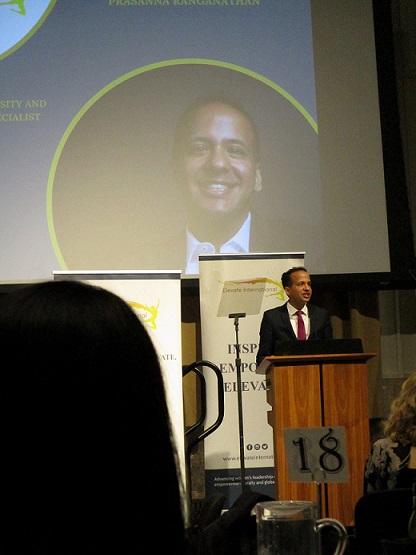 Prasanna Ranganathan (B.A, J.D., LL.M.),Human Rights Lawyer and Diversity and Inclusion Specialist, had everybody on their feet cheering at the end of his talk, the energy was infectious.

His talk was based on the question that haunts him and that he writes so eloquently about in this post on Facebook.

“Don’t you want to know you were the best person for the job and not hired because of diversity?”

He sought to bust the myths surrounding the diversity vs. merit dichotomy.

Myth #1: Unqualified people are hired because of diversity

Myth #2: People do not say outright discriminatory things during interviews or the application process

Myth#3: The question of merit vs. diversity stops at the interview process

Myth#4: The question only arises in the corporate world, not in the Not for Profit, Government or International organization world

Myth#6: Diversity vs. merit only arises at the beginning of a career

Read the post, to find out the response to this question. #WhoIamiswhatIbring

The closing Keynote by The Right Honourable – Michaëlle Jean, again, brought everyone to their feet by talking about her experiences, remembering our history and how silence is not golden but rather that words of indignation shine like gold, that when existential limits are breached we need to act, about sticking to core human values, ethics and rule of law and the power that voices gain when they join those on the ground.

She referenced MP Celina Caesar-Chavannes’ quote “When you add women, please do not expect the status quo. Expect us to make correct decisions, stand for what is right and exit when values are compromised.”

Now that’s how you end an International Women’s Day Summit!